Early potatoes – the early crop with a great flavour

It’s always potato season – if you know where to look!

At the beginning of January, we start our import of early potatoes from Cyprus, an island blessed with a favourable climate and almost no frost during the winter months. Our contract growers there produce flaky-skinned potatoes – which are also an ideal accompaniment to asparagus, from Easter onwards. Further growing areas for this type of crop are to be found in southern Italy.

From March into April, we begin with the import of firm-skinned early potatoes from Israel, which are easily packable for further transport. With the first days of early summer in mid-May, our customers can start enjoying delicious early potatoes imported from Spain and Portugal.

The season then enters its final phase with the arrival of the first early potatoes from Germany. Grown in the Palatinate and Lower Rhine regions, these have an excellent flavour and are also easily packable. 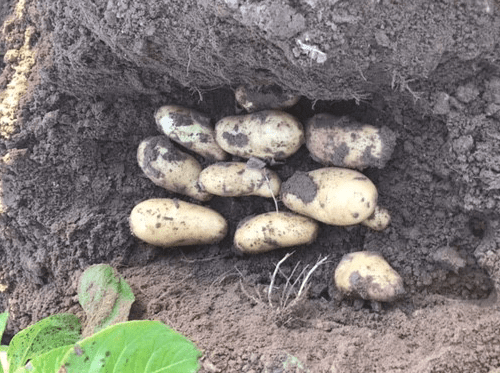 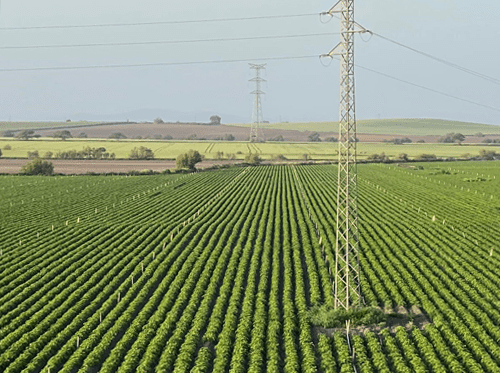 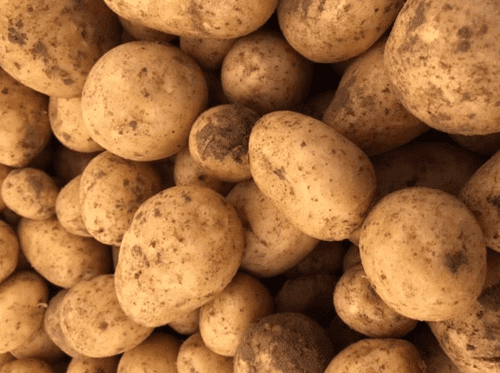 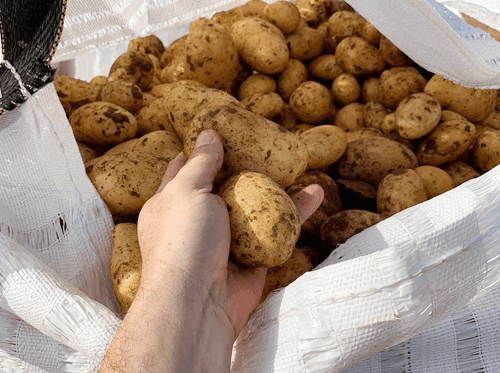 Spain is perhaps best known on the culinary front for its superb ham from acorn-fed Iberian pigs. However, the country also produces very tasty early potatoes in the spring months.

In order to meet the special requirements of the German market, we have potatoes grown in a wide variety of regions in Spain.

These include Malaga, which produces a very early crop of both organic and conventionally grown early potatoes. In the region around Murcia, potatoes grown in red soil are the chief crop.

In Spain, Andalusia is the main region for special types of early potatoes destined for the grocery trade. At the same time, we also have growers producing early potatoes on the island of Majorca, where English varieties are the chief crop.

To allow for the extreme weather that can be encountered in Spain, crop planning has to be flexible and regionally diversified. This is the only way to secure reliable imports of produce from across the country. With numerous contract growers in Spain, we have a strong and broad base there. 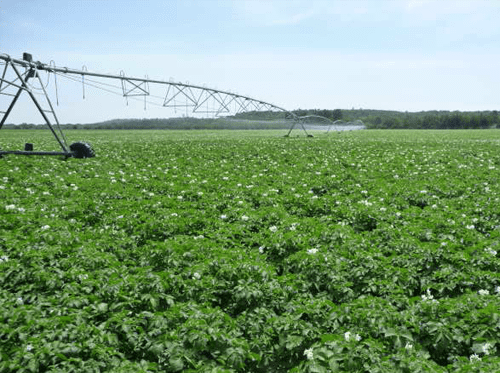 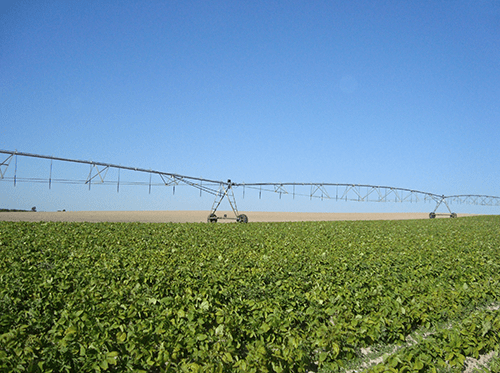 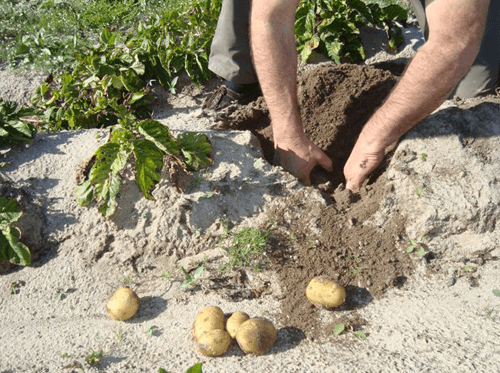 Due to its cooler Atlantic climate, Portugal’s firm-skinned early potatoes are not ready for delivery until the month of June. Large-scale contract farmers grow the range of early potatoes we need to supply our customers.

Huge fields of 50 or even 100 hectares – watered with centre-pivot irrigation – are by no means uncommon in Portugal. With their light and medium sandy soils, they offer ideal growing conditions for early potatoes.

Given a relatively small delivery window, seamless logistics from field to bag are essential. This is where our know-how is invaluable.

Be sure to try batatas ao murro – “punched potatoes” – a very popular side dish in Portugal, often served with fish or other vegetables. Precooked potatoes are pressed lightly with a fist, which makes them absorb all the better their delicious seasoning. 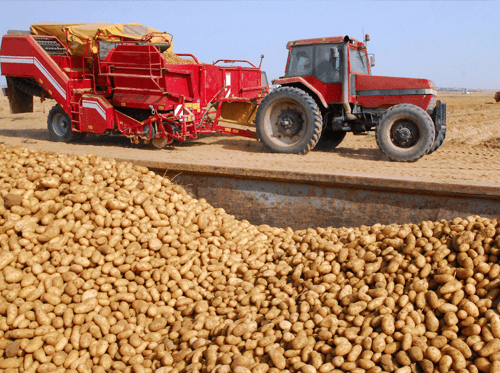 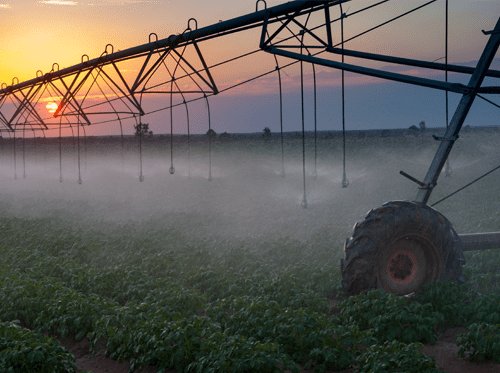 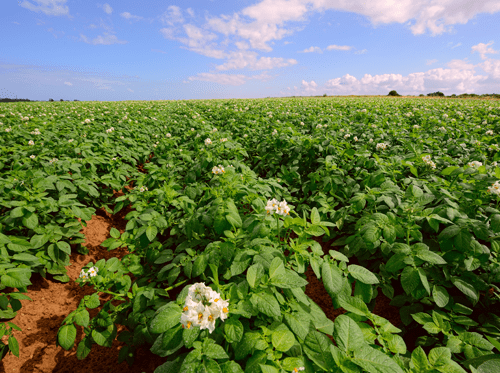 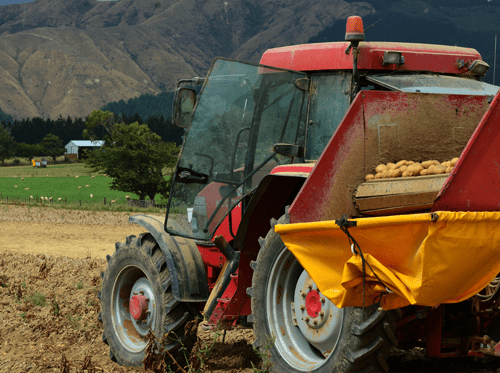 The first firm-skinned early potatoes from Israel are available from around mid-April. We supply these directly to numerous packing companies. In common with other early potatoes imported from abroad, Israeli-grown potatoes are supplied in big bags.

Grown in light, sandy soil, these potatoes look fantastic after being washed. As the previous year’s old potatoes come to an end, it is always a delight to sample the new crop from the Mediterranean. In addition to their exceptional quality, Israeli early potatoes are ideal for washing and packing, which makes them the perfect choice for our premium Baby Potatoes.

Years of strong teamwork have strengthened the bonds of trust between us and our Israeli suppliers. This is hugely important to us – in good years as well as bad! 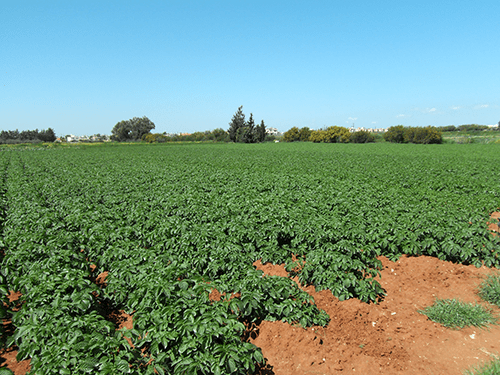 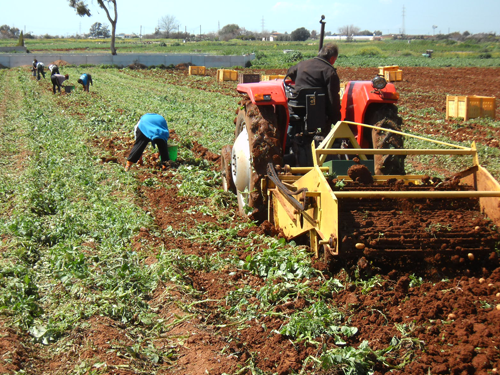 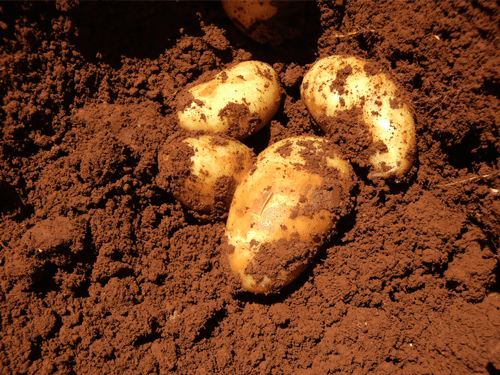 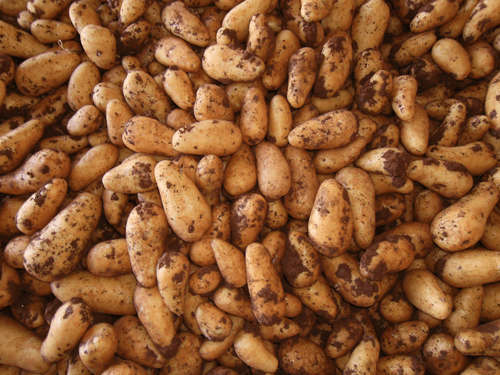 In line with market requirements here in Germany, our growers in Cyprus produce premium waxy varieties such as Annabelle, La Vie, Glorietta, Allians, Venezia and Nicola. In addition, we also import the Marabel (slightly waxy) and Spunta (floury) varieties. With its excellent soil quality and over 300 days of sunshine a year, Cyprus is also known as the “Garden of the Mediterranean”.

Some 90 percent of the potatoes destined for export are grown in the red soil of the coastal region to the southwest of the island. Due to the island’s special climate and its volcanic soil rich in nutrients, early potatoes grown in Cyprus boast an unmistakable taste.

Growers here operate on a small scale and should not be compared with producers in Germany. On account of the heavy soil and small size of the areas under cultivation, crops are often harvested by hand. We are proud to work with the best-known exporters in Cyprus.

We offer a range of packing options:

Depending on your needs, we can have the goods packed on site in Cyprus or pack them ourselves in our warehouse back in Bottrop.

The winter crop is harvested from December until March. This is followed by the spring crop, which lasts from March to June. Cyprus early potatoes are a culinary delight and an ideal accompaniment to German-grown asparagus. 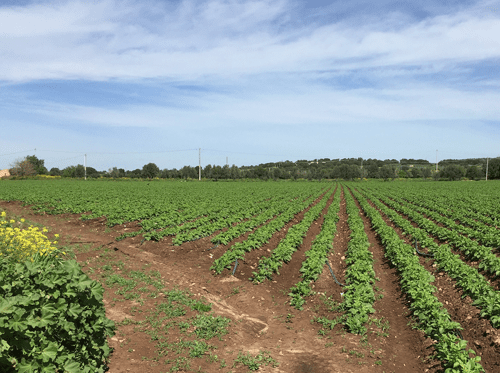 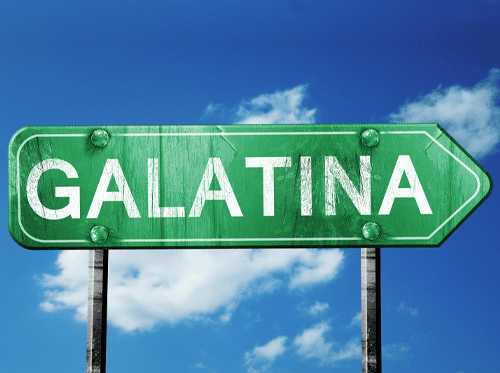 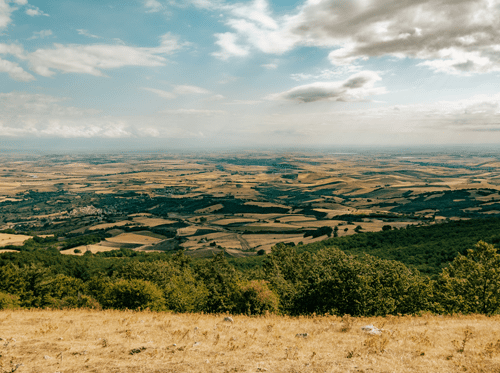 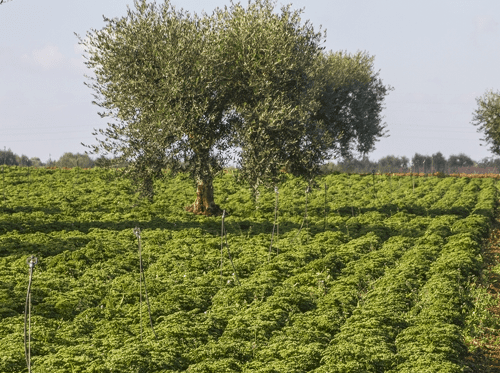 Apulia is the region in southern Italy that forms the heel of the Italian boot. It is known for its pleasant climate, rolling hills with whitewashed houses, and also for its agriculture along the Mediterranean coast.

From April into May, we import early potatoes of the Annabelle and, most especially, Siglinde varieties, grown in the area around Galatina. Although originally German varieties, they grow exceptionally well in Italy, thanks not least to the region’s red soil, which is rich in minerals.

Please note that Annabelle and Sieglinde are varieties that should not be stored for too long. They should be kept under cool, well-ventilated conditions and consumed as quickly as possible. 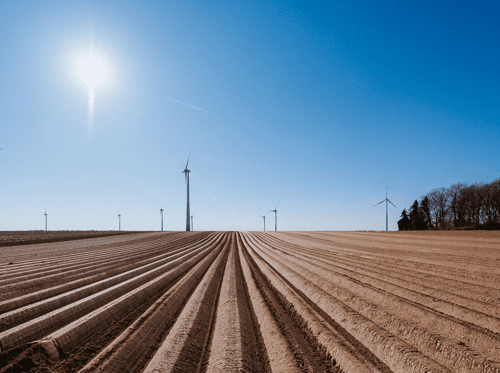 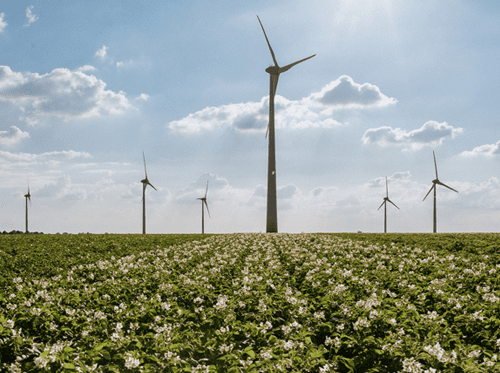 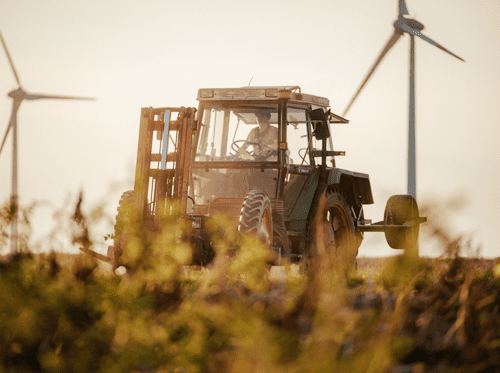 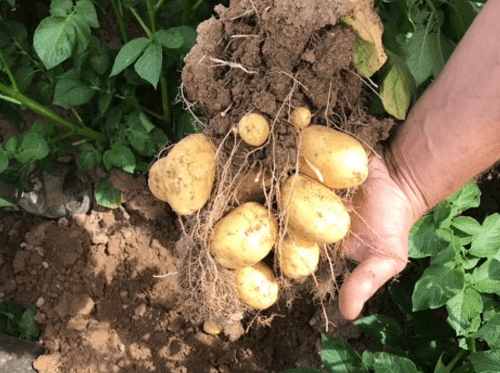 Early potatoes grown in Germany hit the market from early June onwards. Freshly harvested and still bearing a flaky skin, the really early ones are from the Palatinate region, followed soon after by southern Rhineland and Burgdorf. In each of these regions, we have highly professional growers who supply us with fresh produce.

As soon as greater quantities of high-quality, firm-skinned potatoes become available from our growers, we begin supplying our packing partners either with potatoes either directly from the field or processed by us. Soon afterwards, these early potatoes go on sale in supermarkets and discounters.

By the way, you can always tell the best cook by how well their fried potatoes turn out. And here’s our ultimate fried-potato recipe: crispy on the outside, soft inside. Try it for yourself! 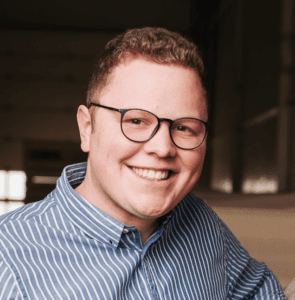 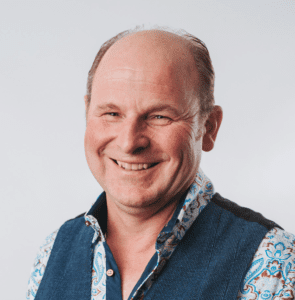